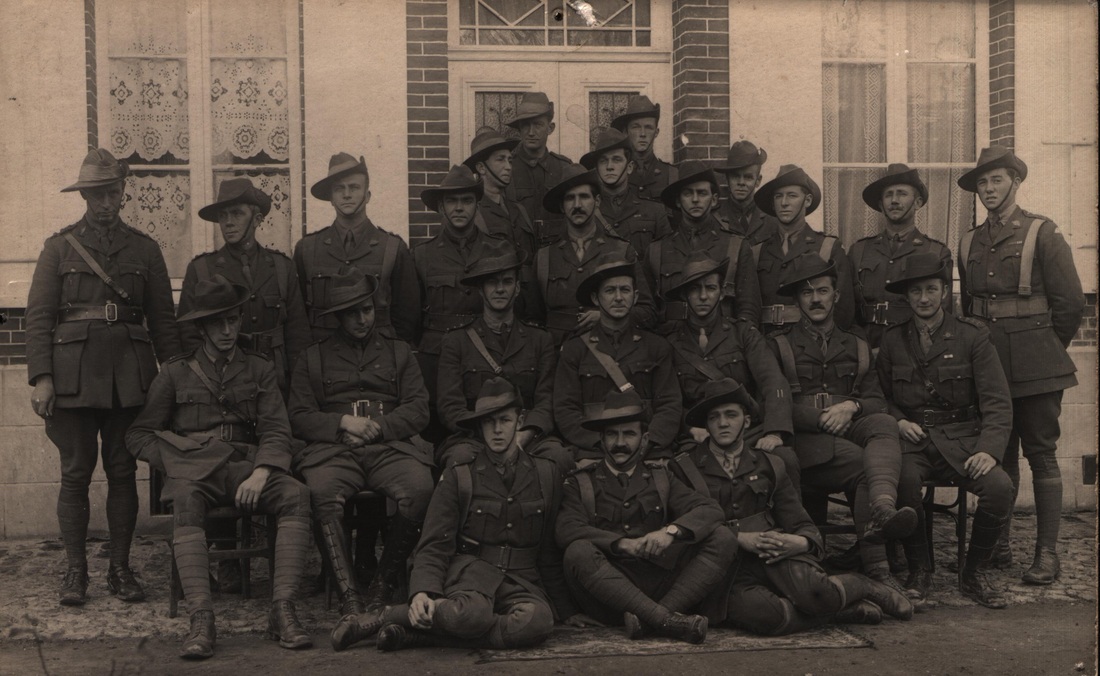 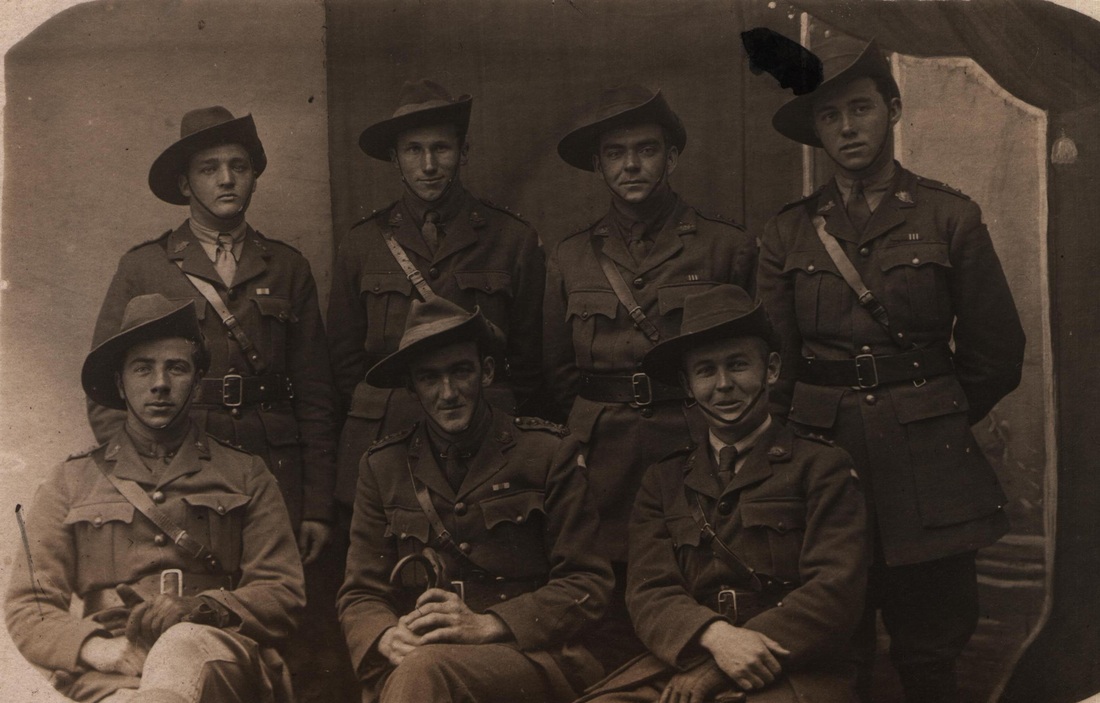 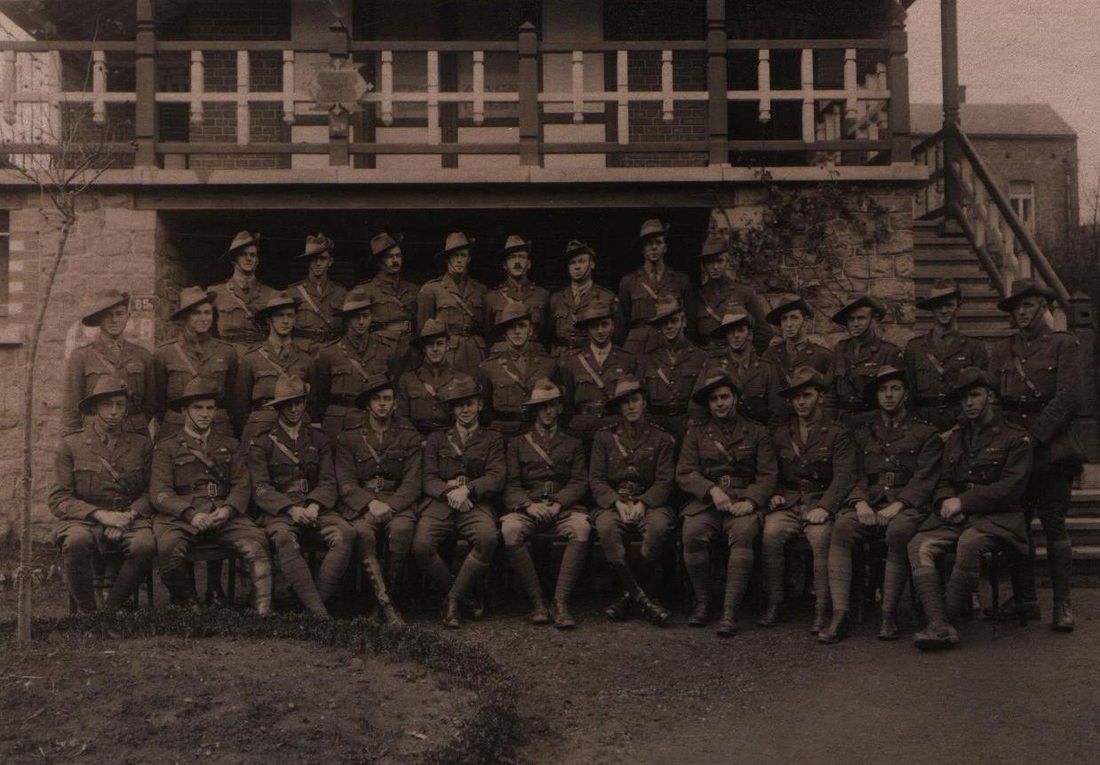 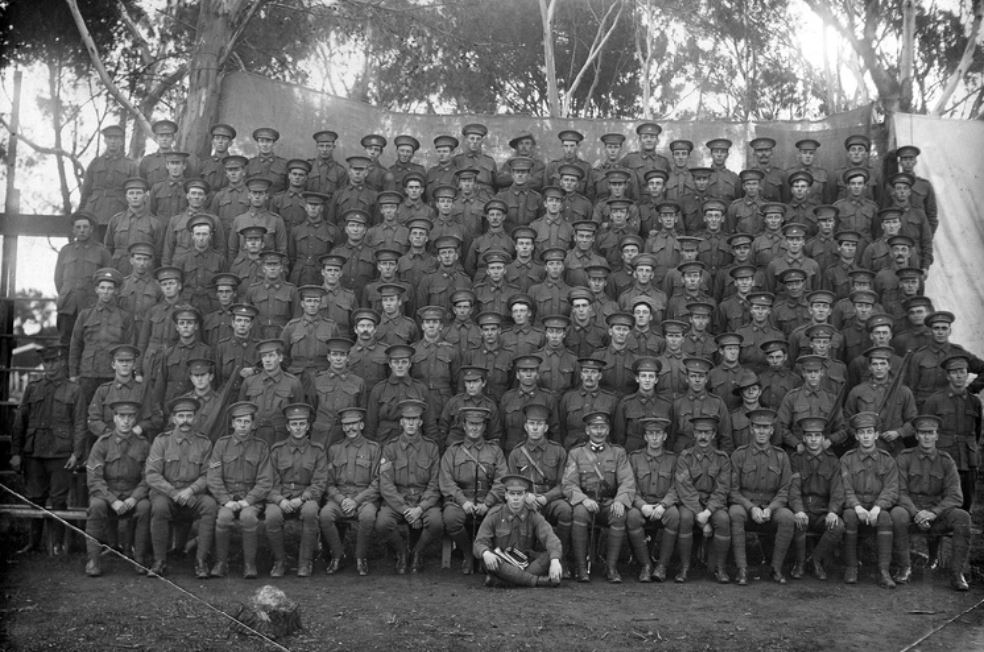 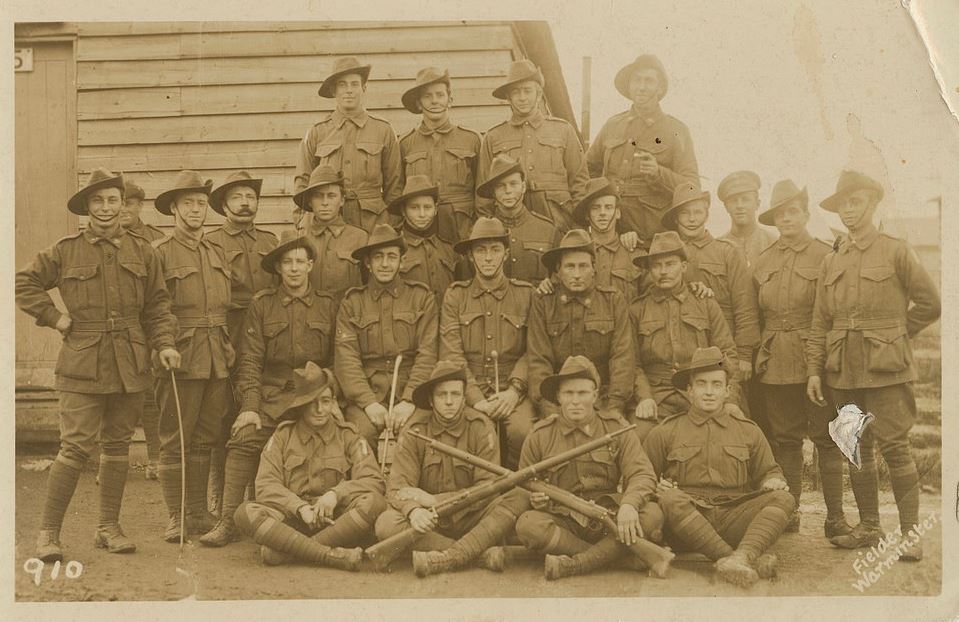 A group of Australian soldiers pictured outside a weatherboard hut, with the inscription on the back 'Love from George - this is some of hut boys'.

George was George Arthur Fraser was born at Inkerman (near Port Wakefield) on 7 June 1892, the third son and sixth child of Donald and Christina (nee Little) Fraser. His occupation at the time of enlistment on 22 July 1916 was 'farmer'; he was assigned as a private in the 5th Reinforcements, 48th Battalion (service number 2414). He was wounded when 'friendly fire' landed near an ammunition dump, and died of his wounds as a German prisoner. He was buried at the French town of Corbehem.   B74039 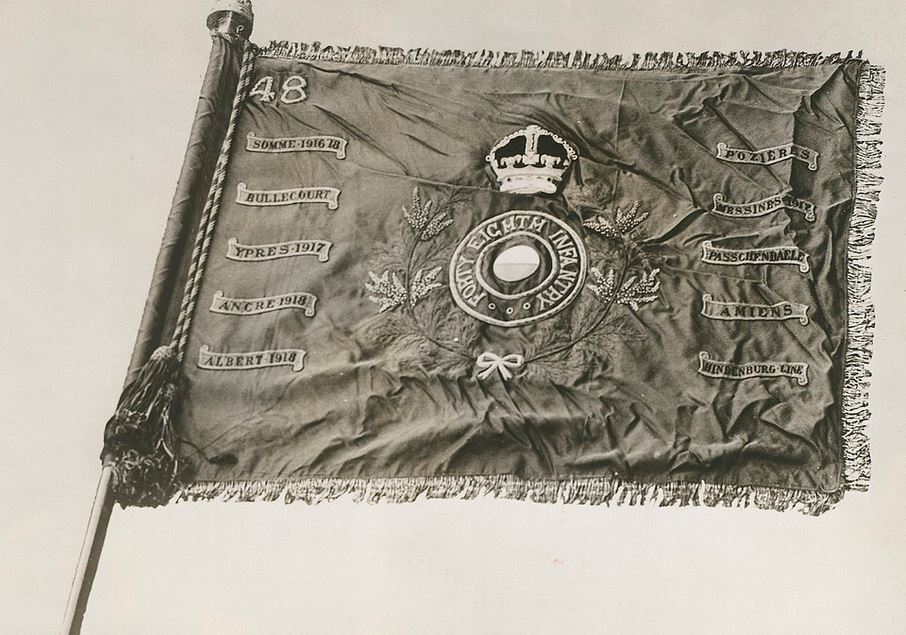 48th Battalion Regimental was raised in Egypt in 1916 by splitting the 16th Battalion. It comprised of South Australians and Western Australians and as it contained a large number of members of the same Prospect family - the Leanes - it was known as the Joan of Arc Battalion (Made of All Leanes - Maid of Orleans). The flag (Colours) lists ten campaigns.      B7528